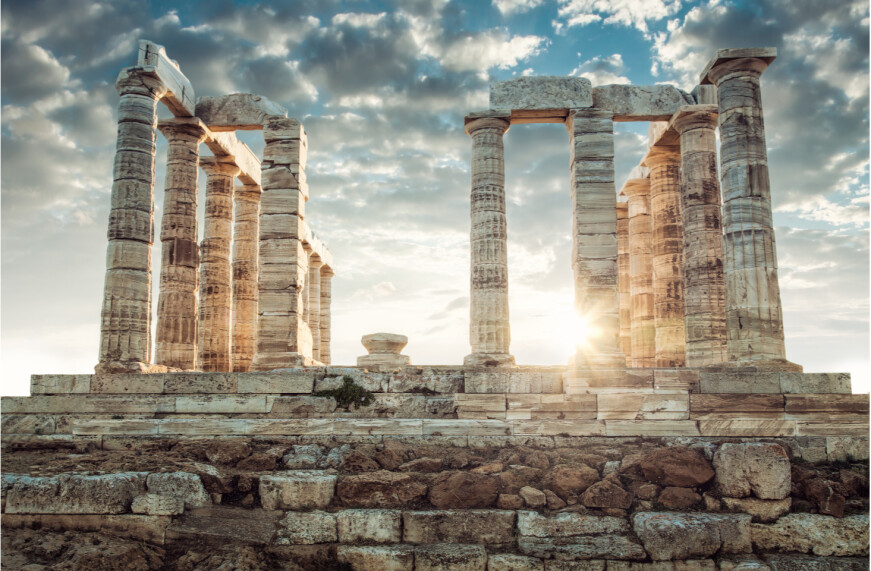 Because He Lives, Jesus Is Coming Again

As he sat on the Mount of Olives, the disciples came to him privately, saying, “Tell us, when will these things be, and what will be the sign of your coming and of the end of the age?” (Matthew 24:3)

I remember preparing for my first sermon. I had studied and studied Matthew 24–25, The Olivet Discourse of Jesus. At that time, I was employed by Praises Christian Books & Gifts. One day while working, the owner—a dear friend and mentor —asked me, “What do you plan to preach on?” I replied, “Matthew 24, do you have any advice?” He responded, “Yeah . . . don’t preach on Matthew 24!” His caution was correct! An untrained, green, first-time preaching, preacher-boy had no business swimming in the deep end of Jesus’ Olivet Discourse. The most seasoned scholars have had a difficult time interpreting Jesus’ magnum opus on end times prophecy.

Now in my seventeenth year of pastoral ministry and ninth year of theological training, I hope (with still some hesitation) that I can accurately convey Christ’s meaning. In the passage above, the disciples asked three questions in one: (1) When will these things be? (2) What will be the sign of your coming? (3) What will be the sign of the end of the age? One of the difficulties of interpretation is the little word “and” that separates each question. The word can serve as a marker of connection, or it can serve as a marker indicating no connection, but addition (e.g., “also”). I follow the latter understanding between the first question and the next two questions. That is to say, Jesus’ statement about the destruction of the temple in verse two prompted their first question (“when will these things be?”), but also additional questions, “also what will be the sign of your coming and of the end of the age?” The second and third questions are connected or coordinated not only by the word “and” but also by both sharing the interrogative “what?” and by sharing the verb “will be.”

The first question seeks the “when” of what Jesus mentioned in verse two—the destruction of the Herodian Temple in Jerusalem. Jesus never answers this question, at least not directly. In verse 4–8, he is concerned about the disciples being led astray by false christs. He assured them that they will hear of wars, international conflicts, and diverse calamities in various places. These things are not the end; rather, he calls them “the beginning of birth pains.” He tells them not to be alarmed or disturbed by these things. Perhaps, it was during this “beginning of birth pains” that the Herodian Temple was destroyed by Imperator Titus in 70 AD.

At this point, Jesus turned his focus toward the globe, toward all peoples, and toward answering the coordinated second and third questions asked by his disciples. I believe the rest of Matthew 24–25 focuses on “what will be the sign of your coming and of the end of the age?” The disciples’ additional questions are understandable—If the temple were to be destroyed, then what will be the sign of the advent of Messianic glory and of the completion of the age of earthly kingdoms? To answer these related questions, we’ll need to look closely at the terms “the sign,” “coming,” and “end.”

First, “the sign” is mentioned at 24:24, 30. In verse 24, Jesus warned of false christs and false prophets deceptive, yet wondrous signs and wonders. In verse 30, “the sign” is “the Son of Man coming on the clouds of heaven with power and great glory.” At this, notice that “all the tribes of the earth will mourn.” Specifically, “the clouds of heaven” are “the sign”; they are the vehicle on which Christ will descend at his second coming. All celestial lights will fade as a backdrop against which Christ will descend from heaven to earth in the brilliant radiance of his glory.

Second, “coming” is the Greek term parousia. This has become something of a technical term in the New Testament attached to the specific second coming of Christ. In the Olivet Discourse, it is used in 24:27, 37, 39. In verse 27, the second coming of the Son of Man is contrasted to the secrecy or the hiddenness of the false christs (v. 26). The parousia of Christ will be plain and obvious, not hidden or secret. Jesus illustrated this with the image of vultures gathering in the air over a corpse (v. 28). In verses 37 and 39, the second coming of Christ remains without a revealed time or date and therefore sudden. It hangs over the world, as did God’s warning in the days of Noah. In verses 40–44, Jesus illustrated his second coming with the sudden and unanticipated break-in by a thief. The language of “one taken and one left” is not language about the rapture of the church; rather, it is connected to the second coming—one will be taken to judgment, one will be left to enter the kingdom (see also 25:31–46). Therefore, Jesus called his disciples to readiness.

Thirdly, “end” is translated from two words, both of which refer to the completion of a duration or period of time. Paired with the term “age,” it speaks here about the end of the age of earthly kingdoms, coinciding with the earthly advent of the Messiah’s kingdom. The terms for “end” are found in Matthew 13:39–40, 49; 24:6, 13–14; 28:20. In chapter 13, the end is the time when the angels will be commissioned with separating the wicked from the righteous. In 24:6, the end is not associated with “any old war.” This isn’t a local conflict, but a global experience. For the believing community, this end is our finish line (24:13), so persevere in faith, hope, and love. Further, this end will not come until the good news of the kingdom is proclaimed throughout the whole world as a testimony to every people group. Here, Jesus connected global evangelization with his second coming and the completion of the age of earthly kingdoms. “All nations” lacks descriptiveness. “People groups,” which can be many in a single nation, is a better translation. Lastly, in 28:20, after Jesus commissioned the eleven disciples to make disciples in every people group, he promised to be with them “to the end of the age.”

Before concluding, one particularly troublesome verse in the Olivet Discourse is 24:34, “Truly, I say to you, this generation will not pass away until all these things take place.” This has led many to believe that all of what Jesus said in Matthew 24–25 must have been fulfilled in 70 AD when the temple of Jerusalem was destroyed by Titus. However, as we have seen, Jesus’ prophetic sermon entails too grand a vision to be contained in another local Jerusalem temple destruction by yet another nation. So, we may ask, is there another way to understand what Jesus meant by “this generation”? There is. Matthew recorded Jesus using it elsewhere, for example, in 12:39, 16:4, and 17:17, where “generation” refers to a trans-temporal quality or kind of generation, an evil, faithless, sign-seeking, adulterous, and twisted kind of generation (cf. Num. 32:13; Deut. 32:5). While this is a plausible interpretation, I don’t think the qualitative generation is what Jesus had in mind. His use of “this” with “generation” specifies, but the specific generation isn’t necessarily the generation to which the disciples belonged. The note in the NET Bible gets it right here: it’s “the generation that sees the signs of the end . . . once the movement toward the return of Christ begins all the events connected with it will happen quickly, in rapid succession.” Therefore, “this generation” refers to whatever specific generation experiences the sign of his coming (i.e., Jesus coming in the clouds) and of the end of the age (i.e., the end of earthly kingdoms coinciding with the earthly reign of Messiah). Since we purposely do not know when this will happen, this is applicable to every generation, as a call to readiness for the Lord’ return.

So this Easter, let’s remember that the resurrection of Jesus Christ means that he is poised to come again. Let us be ready, alert, and eagerly loving the Lord’s return. Additionally, let us make disciples of Jesus by the power of the Holy Spirit rather than play at guessing games regarding the Lord’s return. For faithfulness in our stewardship of the gospel will make us ready for Christ’s coming. Remember Jesus’ words to his disciples prior to his ascension: So when they had come together, they asked him, “Lord, will you at this time restore the kingdom to Israel?” He said to them, “It is not for you to know times or seasons that the Father has fixed by his own authority. But you will receive power when the Holy Spirit has come upon you, and you will be my witnesses in Jerusalem and in all Judea and Samaria, and to the end of the earth” (Acts 1:6–8).